Language is like fuel for our brain – helps to formulate and communicate our thoughts, even the most complex ones. Words, phrases – including those completely peculiar and unique to our language – largely define the way in which we perceive and understand the world. For those who do not know foreign languages, the boundaries of this world are clearly defined. However, in the era of communication and borderless travel, knowing only one language is an idea, it seems, almost antiquated – even if the language is one of the most common, such as English or Spanish. Bilingual or even polyglot is as wonderful as the media say? Are you sure it opens all doors for us, while Google Translate can do the same with just one click? Does it lead to better economic conditions, better wages, and people getting closer to each other? Or maybe even a happier life? Finally, is it true that what is most often heard about bilingualism being the secret to raising genius children? We’ll try to find out.

The myth of the bilingual child

The brain is an extremely receptive organ. From birth to old age, it develops, adapts to conditions, learns, sometimes again – in case of an injury. Language is an extremely important part of the brain’s lifetime and, like the brain itself, the magic of language’s influence on neural pathways is unexplored.

The antiquated notion that teaching children more than one language leads to confusion and confusion has long been refuted. intelligence and even schizophrenia (yes, people really believed that). In recent years, the scales have tipped over: various books and articles have hailed bilingualism as a magic wand that will turn any child into a small but versatile genius.

However, when a young researcher named Angela de Bruin, also a bilingualist herself, took a closer look at hundreds of these studies, she found that they often overstated the benefits of bilingualism, often presenting inconclusive evidence for their theses. The positive view of bilingualism was already firmly entrenched in popular consciousness by then, but de Bruin’s criticism of the research proved that the benefits were not as clearly outlined or as common as they were said to be.

This does not mean that these benefits are absent or insignificant – it just means that current knowledge cannot support (and explain!) the widespread media hype about the use of two languages. However, learning a foreign language has one important advantage, and that is its influence on mental well-being later in life.

The truth of the bilingual brain

Our brain, like any muscle, enjoys being stimulated, and it turns out that speaking two or more languages ​​is one of the best ways to keep it fit and stop a variety of neurodegenerative diseases and their consequences, including dementia. As it turns out, bilingualism can delay the visible symptoms of Alzheimer’s by nearly five years compared to people who only know one language. This is more than the most modern drugs can offer. Amazingly, these benefits are even seen in the illiterate.

Perfect knowledge and regular use of two (or more) languages, and especially frequent switching from one to the other in everyday communication, has another particular advantage, as demonstrated by the example of Puerto Rican New Yorkers who communicated regularly in both English and Spanish in their daily lives. It made their brains livelier and smarter – compared, of course, to those who only speak one language. Studies involving Singaporeans who grew up speaking both local Asian and English languages ​​achieved similar results. Those who were not used to jumping from one language to another frequently or who spoke one of these languages ​​to a limited extent, e.g. only at home, had worse results.

It is also worth paying attention to cultural issues, especially on one important question: does communicating in more than one language help us feel closer to the world or, as Charlemagne put it, “gain a second soul”? 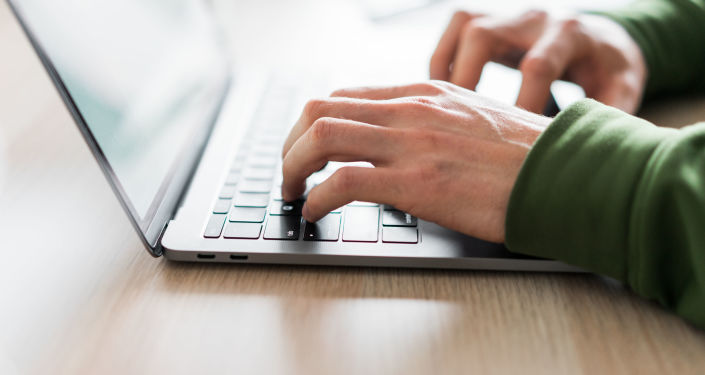 Languages ​​help us understand the world and can even influence the way we perceive and describe the reality around us, as a recent study comparing Germans and English has shown. There is no doubt that the Finns and, let us say, the Arabs, describe the world differently. After all, Arabs do not necessarily need 40 separate words to describe the Finnish snow, they would also describe or even perceive a winter landscape differently. In this case, a potential expert on both Finnish and Arabic would probably have two separate ways of describing the world and a broader, richer in nuance point of view.

Many studies support the thesis that people who know different languages ​​do better on tests measuring broad horizons and cultural sensitivity, and have considerable ease of perceiving the world from a different (culturally) perspective. Therefore, bilingualism seems to make people also “bi-cultural” (or multicultural, in the case of polyglots), which is a definite advantage in today’s borderless world, as well as a valuable skill for traveling and meeting new people and their cultures.

However, the advantages of bilingualism do not end there. Research in Switzerland, Great Britain, Canada and India, as well as our EF EPI – Education First English Proficiency Index (EF), highlight the financial benefits of bilingualism or multilingualism at various levels.

For example, Swiss research has shown that multilingualism contributes to around 10 percent of Switzerland’s Gross Krakow Product, proving that the linguistic abilities of employees open up more markets to Swiss business, positively affecting the entire national economy. In the UK, on ​​the other hand, a stubborn adherence to an exclusively native English language and a reluctance to invest heavily in learning other languages ​​is estimated to cost around £ 48 billion a year, or as much as 3.5 percent of British GDP.

For every business, the language skills of employees – whether it is the language of the market on which they debut or the global lingua franca and therefore a common foreign language – are equally important. In a study by the British Economist Intelligence Unit, which we referred to in our 2014 EPI study, nearly 90 percent of managers said better communication with other countries would improve their companies’ net income, while other studies found that 79 percent of companies who have invested in their employees’ English proficiency have seen an increase in sales.

The advantages of bilingualism are somewhat more difficult to quantify on a case-by-case basis, primarily because they rely heavily on the nature of the industry, its location and employment level. A 2010 study in Canada revealed, for example, that people who spoke two languages ​​earned between 3 and 7 percent more than their colleagues who spoke only one language. Knowledge of the two official languages ​​of the country – in the case of Canada English and French – went hand in hand with higher earnings, even if knowledge of a second language was not required at work. In the United States, on the other hand, it has been proven that speaking a foreign language can improve salaries by at least 1.5-3.8 percent, with German having the highest value, due to both the important role of Germany in global trade and the small number of German speakers. In the USA, in India, the difference in salaries among English speakers was even more pronounced – hourly earnings were about 34 percent higher there.

Managers who speak two or more languages ​​are also at a premium: various recruiters and industry leaders find them more competent in managing both business relationships and international teams.

The advantages of bilingualism are therefore clear and certain. In addition to limited scientific evidence on the effects of bilingual education on unprecedented cognitive development, studying and using a second language on a regular basis in the long run actually seems to make our minds sharper and more flexible, not to mention the financial benefits. Knowledge of languages ​​broadens our horizons and helps us feel more connected to other cultures in the world. Who knows – bilingualism can even help to achieve mutual understanding and peace in the world, something that would be especially worth the media hype.